Abstract: As the percentage of containers will grow steadily, container port automation has become a trend and the pace is now starting to accelerate. In this automatic and digital wave, no doubt, industrial robots together with the automated cranes, automated horizontal transportations would paly a more and more important role.

In this opening keynote, through the case study on the twist-lock handling, regarded as the last mile to the real fully automated container port, the challenges and future potentials of industrial robots in container port automation will be discussed.

Brief Introduction to Dr. Jiafan Zhang: Dr. Jiafan Zhang received a B.S degree in mechanical engineering and automation from Shanghai Jiaotong University in 2003 and Ph.D degree in mechanical engineering and automation from Zhejiang University in 2009. After that, he joined ABB China Robotic R&D Center, with extensive experience in world-class product development. He is currently the research team manager with ABB Robotics and Discrete Automation. His main research interest includes fundamental and enabler technology for industrial robot design, reliability, and new applications.

Abstract: Networked and distributed control for mechatronic systems have received great attention in the control community due to its wide application areas. Network-induced limitations may be caused by the presence of a communication channel, or because of the efficient assignment of power and other limited resources. Intelligent mechatronic systems represent a large class of smart systems that encompass computational (i.e., hardware and software) and physical components, seamlessly integrated and closely interacting to autonomously sense and manipulate the changing state of the physical system. These systems involve a high degree of complexity at numerous spatial and temporal scales and networked communications integrating computational and physical components. Model predictive control (MPC) is a promising paradigm for high-performance and cost-effective control of networked and distributed mechatronic systems. This talk will firstly summarize the major application requirements and challenges to innovate in designing, implementing, deploying and operating intelligent mechatronic systems. Further, the robust MPC and distributed MPC design methods will be presented. Finally, the application of MPC algorithms to intelligent autonomous under water vehicles (AUV) will be illustrated.

Brief Introduction to Prof. Yang Shi: Yang Shi received his B.Sc. and Ph.D. degrees in mechanical engineering and automatic control from Northwestern Polytechnical University, Xi’an, China, in 1994 and 1998, respectively, and the Ph.D. degree in electrical and computer engineering from the University of Alberta, Edmonton, AB, Canada, in 2005. From 2005 to 2009, he was an Assistant Professor and Associate Professor in the Department of Mechanical Engineering, University of Saskatchewan, Saskatoon, SK, Canada. In 2009, he joined the University of Victoria, and now he is a Professor in the Department of Mechanical Engineering, University of Victoria, Victoria, BC, Canada. His current research interests include networked and distributed systems, model predictive control (MPC), cyber-physical systems (CPS), robotics and mechatronics, navigation and control of autonomous systems (AUV and UAV), and energy system applications.

Dr. Shi received the University of Saskatchewan Student Union Teaching Excellence Award in 2007, and the Faculty of Engineering Teaching Excellence Award in 2012 at the University of Victoria (UVic). He is the recipient of the JSPS Invitation Fellowship (short-term) in 2013, the UVic Craigdarroch Silver Medal for Excellence in Research in 2015, the 2017 IEEE Transactions on Fuzzy Systems Outstanding Paper Award, the Humboldt Research Fellowship for Experienced Researchers in 2018. He is a member of the IEEE IES Administrative Committee and the IES Fellow Evaluation Committee during 2017-2019; he is the Chair of IEEE IES Technical Committee on Industrial Cyber-Physical Systems. Currently, he is Co-EIC for IEEE Transactions on Industrial Electronics; he also serves as Associate Editor for Automatica, IEEE Trans. Control Systems Technology, IEEE/ASME Trans. Mechatronics, IEEE Trans. Cybernetics, etc.

He is a Fellow of Engineering Institute of Canada (EIC), IEEE, ASME, and CSME, and a registered Professional Engineer in British Columbia, Canada.

Speech Title: to be update

Abstract:  to be update

Brief Introduction to Prof. Charlie C. L. Wang: Prof. Charlie C. L. Wang currently holds a Chair in Smart Manufacturing with the University of Manchester. He worked as a tenured Professor and Chair of Advanced Manufacturing (2016-2018) at Delft University of Technology, and was with the Chinese University of Hong Kong (CUHK) as an Assistant Professor / Associate Professor / Professor of Mechanical and Automation Engineering (2003-2015 & 2018-2020). He also held a visiting professor position at University of Southern California (2011). Prof. Wang received a few awards from professional societies including the ASME CIE Excellence in Research Award (2016), the ISSMO/Springer Prize (2019), the Best Paper Award (2nd Place) of Solid and Physical Modeling (2019), the NAMRI/SME Outstanding Paper Award (2013), the Best Paper Awards of ASME CIE Conferences (twice in 2008 and 2001 respectively), the Prakash Krishnaswami CAPPD Best Paper Award of ASME CIE Conference (2011), and the ASME CIE Young Engineer Award (2009). He received his B.Eng. degree (1998) in mechatronics engineering from Huazhong University of Science and Technology and his M.Phil (2000) and Ph.D. (2002) degrees in mechanical engineering from Hong Kong University of Science and Technology (HKUST). He was elected Fellow of American Society of Mechanical Engineers (ASME) in 2013. 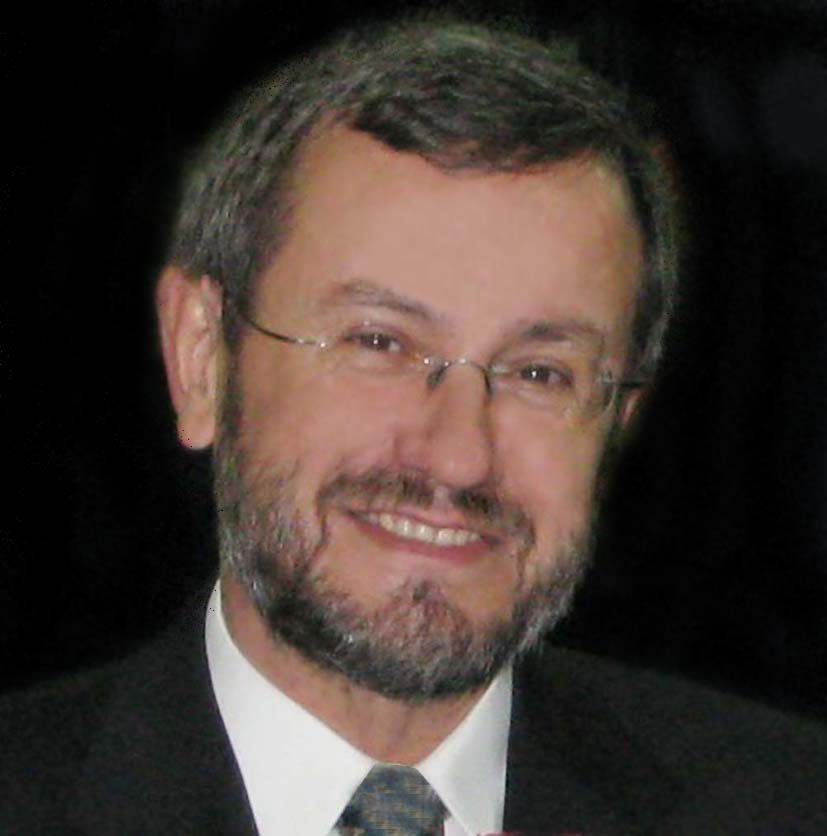 Brief Introduction to Prof. Ioannis Pitas:  Prof. Ioannis Pitas (IEEE fellow, IEEE Distinguished Lecturer, EURASIP fellow) received the Diploma and PhD degree in Electrical Engineering, both from the Aristotle University of Thessaloniki (AUTH), Greece. Since 1994, he has been a Professor at the Department of Informatics of AUTH and Director of the Artificial Intelligence and Information Analysis (AIIA) lab. He served as a Visiting Professor at several Universities.

His current interests are in the areas of computer vision, machine learning, autonomous systems, intelligent digital media, image/video processing, human-centred interfaces, affective computing, 3D imaging and biomedical imaging. He has published over 1000 papers, contributed in 47 books in his areas of interest and edited or (co-)authored another 11 books. He has also been member of the program committee of many scientific conferences and workshops. In the past he served as Associate Editor or co-Editor of 9 international journals and General or Technical Chair of 4 international conferences. He participated in 70 R&D projects, primarily funded by the European Union and is/was principal investigator/researcher in 42 such projects. He has 31350+ citations to his work and h-index 84+ (Google Scholar).

Prof. Pitas lead the big European H2020 R&D project MULTIDRONE: https://multidrone.eu/. He is AUTH principal investigator in H2020 R&D projects Aerial Core and AI4Media. He is chair of the Autonomous Systems Initiative https://ieeeasi.signalprocessingsociety.org/. He is head of the EC funded AI doctoral school of Horizon2020 EU funded R&D project AI4Media (1 of the 4 in Europe)