Athens is the capital and largest city of Greece, also one of the biggest economic centres in southeastern Europe. As an old city with recorded history spanning over 3,400 years, its earliest human presence starting somewhere between the 11th and 7th millennium BC. It is represented by ancient monuments and works of art, the most famous of all being the Parthenon, considered a key landmark of early Western civilization.

Athens has a hot-summer Mediterranean climate. The dominant feature of Athens’ climate is alternation between prolonged hot and dry summers and mild winters with moderate rainfall. With an average of 417.2 millimetres (16.43 in) of yearly precipitation, rainfall occurs largely between the months of October and April. July and August are the driest months, when thunderstorms occur sparsely once or twice a month.

220 volts AC, 50Hz. Round two-pin plugs are used. North American visitors require a transformer and British visitors an adaptor. Some hotels provide these adapters. Otherwise, you can buy them from the airport or large electric venues. The following plugs are used: 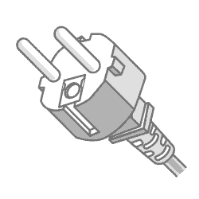 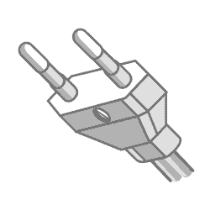 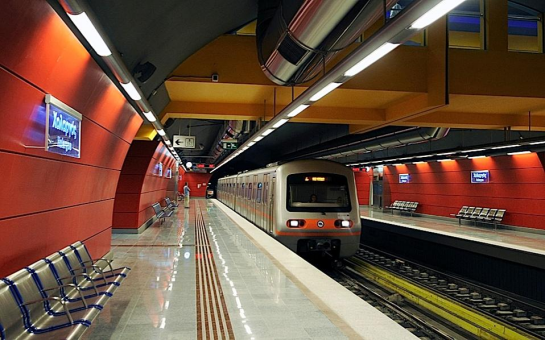 Athens is connected to even the remotest destinations through the Athens International Airport, ports of Piraeus, Rafina and Lavrio, national railway network operated by TRAINOSE and, long-distance bus network KTEL.

City buses and electrical trolley-buses serve Athens and its suburbs. Most vehicles are air-conditioned although most of them have started showing their age. Special schedules apply during summer months of July-September. Operating hours vary according to line/day/season, but generally they run between 5:00 a.m. – midnight. There are also five 24-hour lines, 4 airport lines (see above section), and 8 Express lines.

The Athens Metro has 3 lines. All stations are fully accessible to disabled persons with elevators in every level and platform and most of the trains are air-conditioned. All trains stop at all stations all the time, except of the section Airport – Douk. Plakentias of line 3 where trains run every 30 minutes (this section is shared with the Suburban Railway). Operating hours are 5:30 a.m. to 00:30 a.m., and every Friday and Saturday night, lines 2 & 3 stay open until 2:30 a.m.

Athens Tram connects the city center with the southern seaside. There are 3 lines:

In summer, many Athenians choose the tram to visit nearby beaches, seaside cafes and clubs. Operating hours are 5:30 a.m. to 1:00 a.m. and on Fridays and Saturdays it operates approximately from 5:30 a.m. to 2:30 a.m.

The Suburban Railway, or “Proastiakos”, is part of the national railway network of Greece and is operated by private company TrainOSE. Its 3 main routes are Piraeus – Athens Central Station (Larissa station) – Airport, Pireaeus – Athens Central Station – Kiato and Athens Central Station – Halkida.  There are also extra trains between Ano Liosia and Airport station as well as Ano Liosia and Koropi stations. Be aware that different fares apply: the standard 90-minute ticket for the Athens region covers all Proastiakos journeys from Piraeus to SKA and Magoula to Koropi stations, while different fares are charged for more distant stations.

Taxis (yellow in Athens, while other colors are preferred elsewhere in Greece) can be a more convenient -although pricier- mean of transportation. While many taxi drivers are excellent professionals, it is believed that some of them try to gain more by opting for the longest route when their passenger (Greek or non Greek) is not familiar with their destination.

Greece is part of the European Union and Greece money currency is Euro.

It is important to always have some cash money in Greece and the Greek Islands. Although many hotels, restaurants and tourist shops in Greece accept credit cards, you might encounter few studios or small shops in less-touristic islands that ask for cash. You can use your cash cards or credit card on all ATM machines in Greece. The largest Greek islands have many banks and ATM, while some remote islands may have only one ATM. Always have some cash with you if you travel in some remote islands as even if there is one single ATM, it might be out of money.

National Bank of Greece Has a 24-hour automated exchange machine.

Greece is a member of the Schengen Agreement.

There are no border controls between countries that have signed and implemented this treaty - the European Union (except Bulgaria, Croatia, Cyprus, Ireland, Romania and the United Kingdom), Iceland, Liechtenstein, Norway and Switzerland. Likewise, a visa granted for any Schengen member is valid in all other countries that have signed and implemented the treaty. But be careful: not all EU members have signed the Schengen treaty, and not all Schengen members are part of the European Union. This means that there may be spot customs checks but no immigration checks (travelling within Schengen but to/from a non-EU country) or you may have to clear immigration but not customs (travelling within the EU but to/from a non-Schengen country).

You can check the website (https://www.schengenvisainfo.com/greece-visa/) to get more detailed requirements for a Greece visa application.

As a U.S. citizenship holder, you do not need to apply for a Greece Schengen Visa. You are allowed to travel to Greece and to all other members of the Schengen Area  for up to 90 days for tourist or business purposes without a visa, as long as your U.S. passport is valid for at least 3 months after your planned return to the United States.